The Voting Chamber was an art installation at Movements Gallery in Austin, TX, six blocks from Governor George Bush’s Mansion, and the exhibition was open during the Super Tuesday Presidential Primaries of Election 2000 and the South x Southwest (SXSW) Arts and Music Festival of that year. 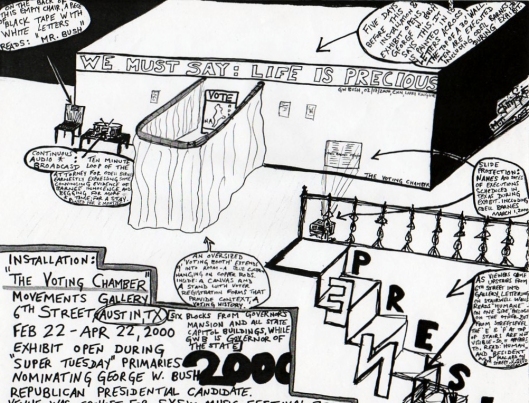 I flew into Austin from Brooklyn and immediately went to a local chapter meeting of an anti-death penalty group and introduced myself publicly as an artist planning to do an installation at Movements Gallery on 6th Street: 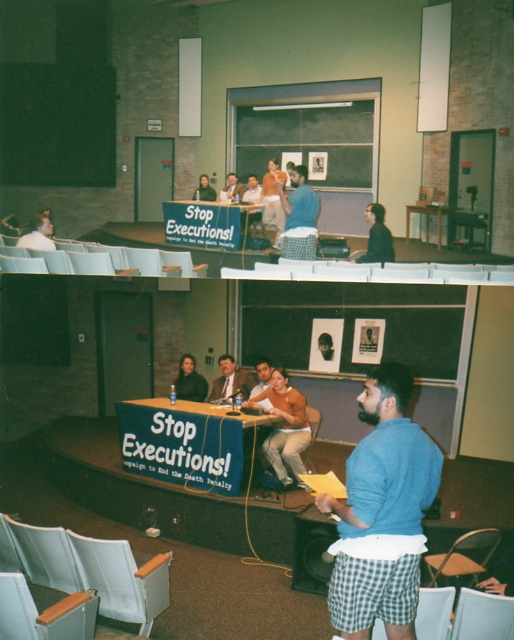 installed for about ten days: 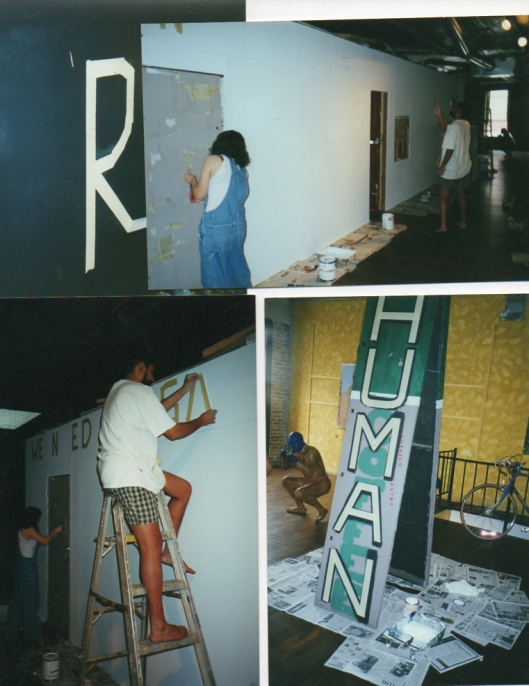 A MULTIMEDIA INSTALLATION IN PROXIMITY TO THE TEXAS GOVERNOR’S MANSION

THE STATE OF TEXAS EXECUTES MORE PEOPLE THAN ANY OTHER JURISDICTION IN THE WESTERN WORLD. THE CURRENT GOVERNOR OF TEXAS (1994-2000) HAS OVERSEEN THE EXECUTION OF MORE PEOPLE THAN ALL FIVE PREVIOUS GOVERNORS TAKEN TOGETHER. HE IS CURRENTLY RUNNING FOR PRESIDENT OF THE UNITED STATES AND EXECUTING AT LEAST 18 MORE PEOPLE.

ACCORDING TO A TEXAS A&M UNIVERSITY STUDY, MOST TEXANS FAVOR ALTERNATIVES TO THE DEATH PENALTY OR ARE UNDECIDED:

“THE VOTING CHAMBER” HAS BEEN DESIGNED BY NEW YORK-BASED FORMER TEXAS RESIDENT AND UNIVERSITY OF TEXAS GRADUATE M.T. KARTHIK, TO PROVIDE A PLACE TO REHEARSE FOR THE UPCOMING PRESIDENTIAL PRIMARIES AND ELECTIONS. 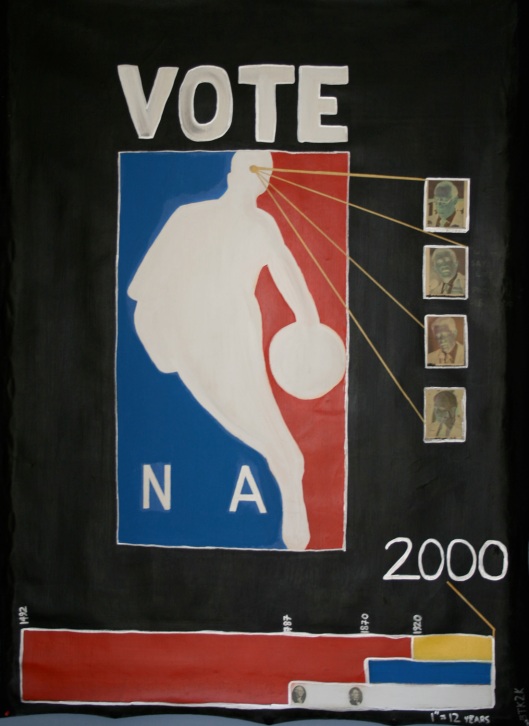 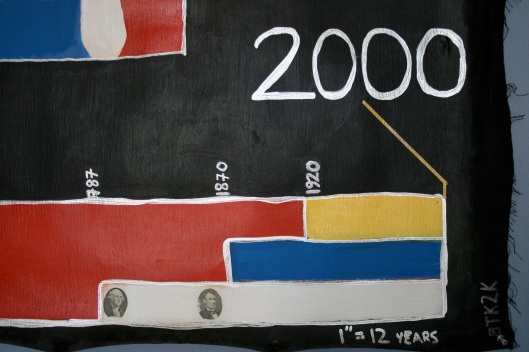 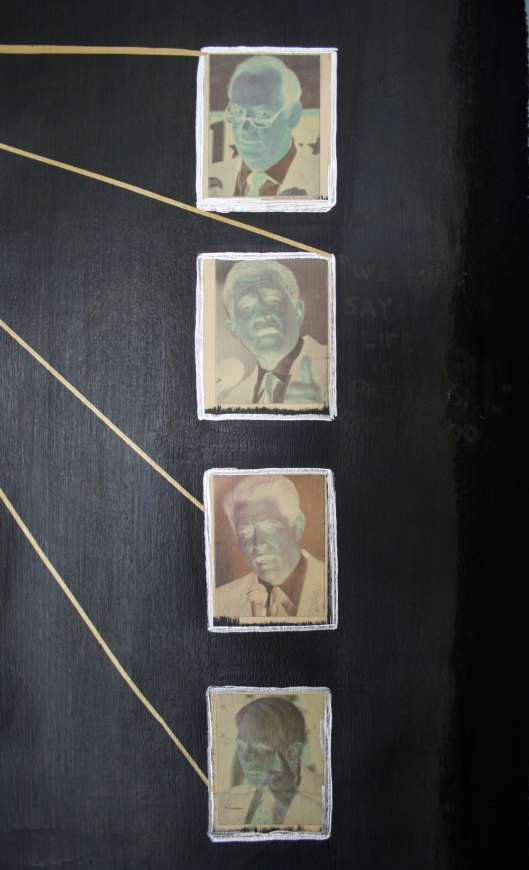 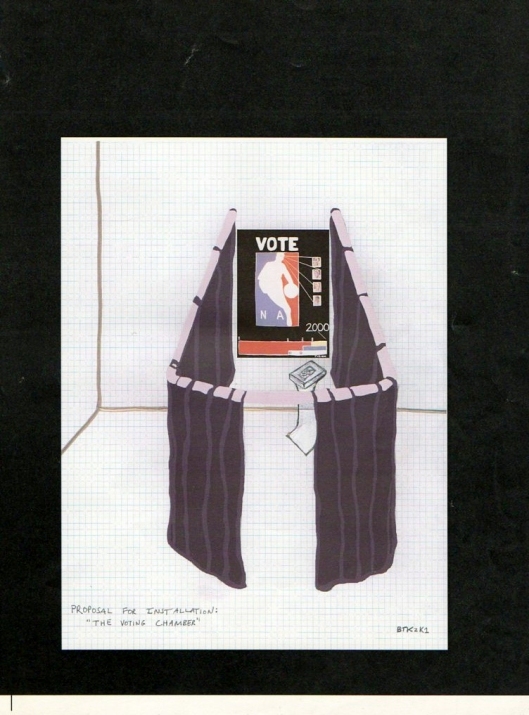 “No Real Choice 2000” was installed on the wall opposite top of the stairs to Gallery space. The 33’ wall was painted sympathetic to currently existing artwork in gallery while extending the theme of the canvas, including:

“The Voting Chamber,” a simulated voting booth: U-shaped curtain rod with a red curtain. This curtain is to be drawn around individual viewers to simulate a voting booth and allow a private viewing space of the canvas and of specific propaganda material. A looped, repeating audio component of the attorney of one of those on Death Row was played next to an empty chair. 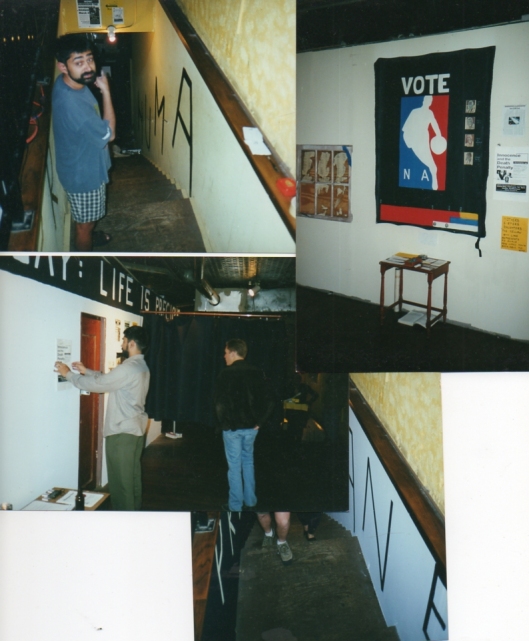 The stairwell from the street to the Gallery floor and the sidewalks from the Governor’s Mansion to the gallery door (as practicable) were marked to point to the booth and to present statistics (see Statistics that follow) regarding the death penalty in Texas.

It’s taken me more than eight years to write anything of what happened in Austin in the Spring of 2000. I installed The Voting Chamber and came to find out that Odell Barnes, Jr., was scheduled to die though likely innocent of the murder of which he was convicted.

The installation included an empty chair with the name “Mr. Bush” taped to the back, sitting beside a cassette player that continuously played a ten-minute audio loop of Mr. Barnes’ lawyer explaining that he needed more time to present the strong evidence of a frame-up he had discovered in Odell’s case.

The installation inspired a march of hundreds in Austin who chanted as they marched around the Governor’s Mansion against the Death Penalty: 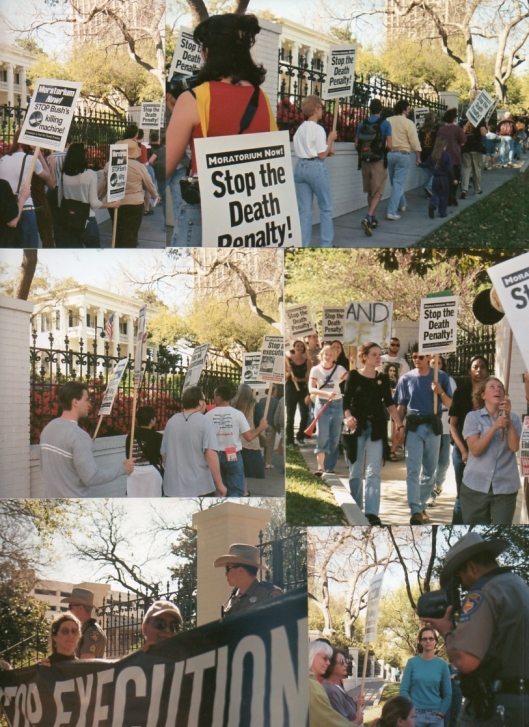 This all occurred during the Super Tuesday Presidential Primaries as George W. Bush, the Governor of Texas, fought Arizona Senator John McCain for the Republican nomination, Spring 2000. The installation was up during the SXSW music festival, and the venue was a site for the Austin festival so thousands saw it.

George W. Bush and The State of Texas murdered the innocent 22-year-old, Odell Barnes, Jr. on March 1st of the year 2000. The message was clear as Bush ran for President on an active record of becoming the single individual Governing the execution of more people in U.S. history.

and his last words were:

“I thank you for proving my innocence although it has not been acknowledged in the courts. May you continue in the struggle and may you change all that’s been done here today and in the past.”

Nine months later, George W. Bush was appointed President of the United States by the Supreme Court – contravening democracy at the most basic level –  thanks to massive problems with vote counting and issues of voter suppression in the State of Florida, where Bush’s own brother, Jeb, was Governor.

The canvas “No Real Choice 2000,” finished two months before the election, was startlingly prophetic.