Blogging and vlogging again but trying not to think so much or overplan – just shoot, write and post. Changed the layout and title of this site.

Reason has been trumped by circumstance and the best thing to do is put my head down and work. on something. anything.

I got strings for the guitar and with the announcement that The 2016 Nobel Prize in Literature has gone to Bob Dylan, I have been re-learning Don’t Think Twice, It’s All Right and making some text and image rubber stamps. 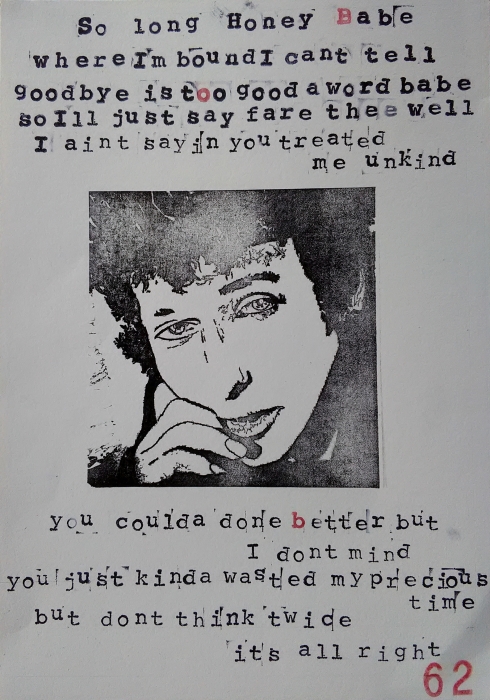 I am working on Tambourine Man now.

Memory fatigue is a significant problem in the last months of my forties.

But to let go is to abandon the last memories of a generation of an era, it is to burn the minority report.

Watching things unfold instead of participating in them these last few years.

I produce pieces no one sees right now.

and I post them here for FREE so they subject me to ads like whatever appears below.

I have not and do not endorse whatever appears here. It is the work of SEO of WP.