Between 2005 and 2011, I collected interviews with people about their first experiences with a computer (The First Contact Project) and

Here I mix them together for a final expression.

A man who gives a good account of himself is probably lying, since any life when viewed from the inside is simply a series of defeats. 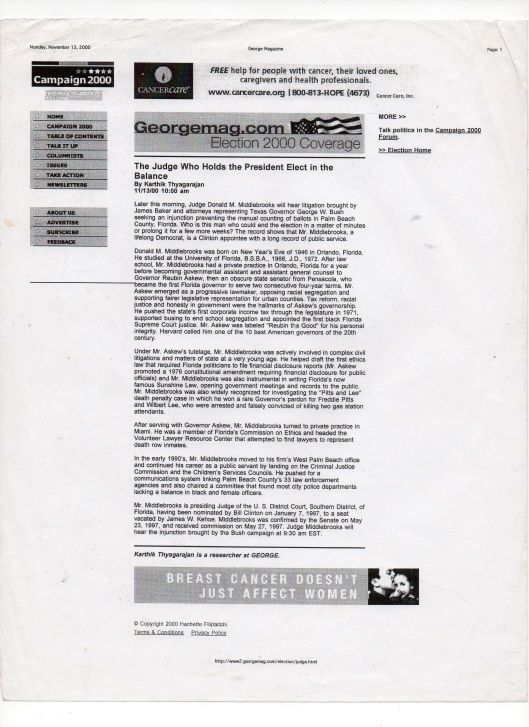 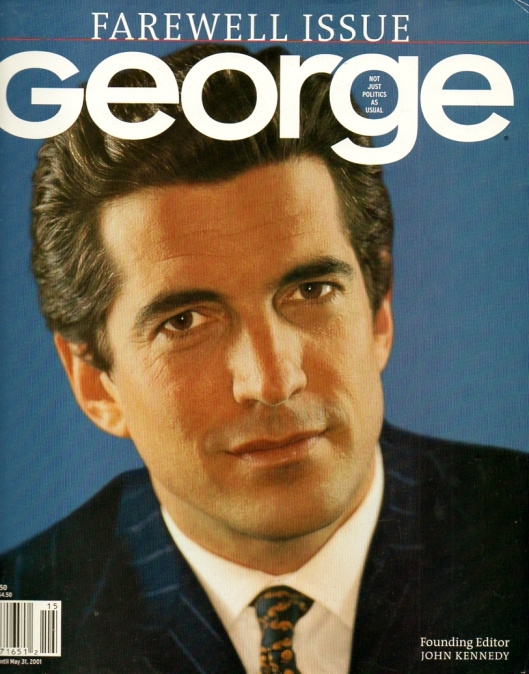 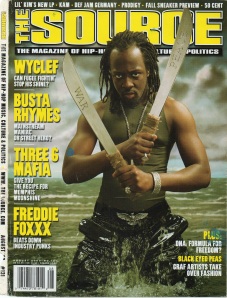 The Source had a circulation of 450,000+ at the time, so maybe a half a million people saw this piece – my widest reach at the time. 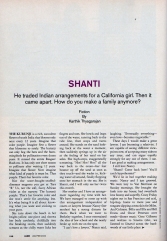 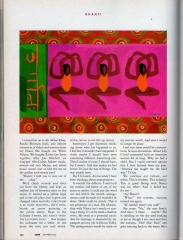 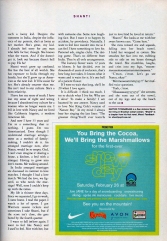 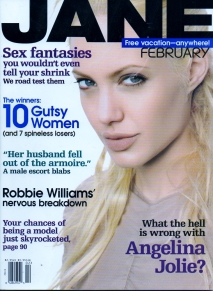 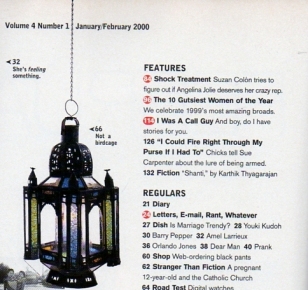 Condé Nast, Inc., featured my short story, Shanti, in the January/February 2000 issue of JANE magazine, which it had very recently purchased from Fairchild Publishing.

This was the very first issue of Jane as published by CN.

I can remember feeling thrilled because my check had the logo of The New Yorker prominently printed on it – as a design element! My one and only check from CN in the 1990’s.

I got paid on December 31, 1999 to be exact. Which means this may have been the last piece of fiction published by Condé Nast, Inc., in the 20th century – no idea if so, I just know the first thing I bought was a pair of long, camel-colored boots for my editor, and the second was rent in Brooklyn.

I was paid what I asked for as a freelance writer with the intention of setting a rate: $1 a word.

This was a very disappointing edit and when it appeared, I was enraged. My name was spelled wrong – and it’s the third typo on the page!

The first is in the image where the images of his work are labelled, “(Rigo)” – which isn’t his name, and shows the overactive hand of the newly minted fashion magazine’s editors –

whose next immediate typo is in the HEADLINE – an extra apostrophe where it should be “Maos”. The piece is also edited considerably from what I submitted and the editors took liberties adding and removing text that changed the meaning of full paragraphs. But anyway here is how it ran: 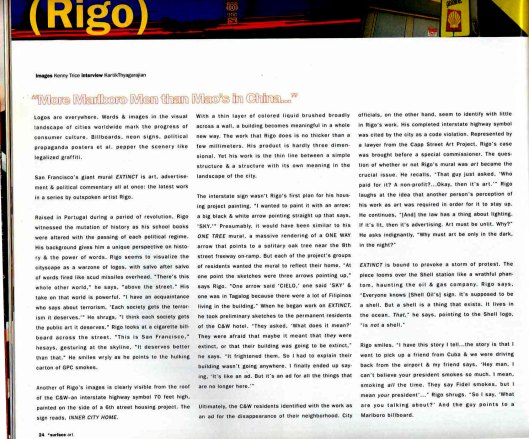 I began a friendship and apprenticeship with Rigo after this November interview, in the year 1996, which lasted ten years.